Joanna Cassidy. To know her is to love her.

Thirty years ago, actress Joanna Cassidy, who played the replicant Zhora in the groundbreaking Sci-Fi film Blade Runner, directed by Ridley Scott, was supposed to have had a dancing scene with an artificial snake, but the scene was never shot, due to a list of factors. Recently, she she decided that she had to get the creativity that was planned for, so many moons ago, out of her system. She wanted to stop wondering what the scene would have been like. She wanted to “dance it out”. So, we discussed it and suddenly she was producing her own version of that snake dance, made with…me, as director and producer (I had previously directed Cassidy in the Award winning web series called Sex Ed).

Here, we talk about the scene that was never shot and “What Might Have Been.”

TAMELA:  How were you chosen to play the now iconic character Zhora?  Did you audition for it?

JOANNA:  In the old days, when the directors ran the ship and it wasn’t a bunch of chefs in the kitchen, the director usually took a meeting with the potential actor in a restaurant or coffee shop.  You met, you talked, and the director decided if he wanted you in his movie or not.  And, if he really wanted you, and the studio objected, he fought for you and usually won.  I met with Ridley Scott and said to him “I’m the only actress in this town who has her own snake.”

T:  That’s amazing. Times sure have changed. What is the story behind the snake dance that was originally planned for Blade Runner?

J:  Ridley Scott drew storyboards of an arena with a stage in the center that had very steep sides where the audience would look down on an enormous sand dune.  The music would begin by Vangelis,  a very sensuous sequence of notes and Zhora’s fingers would slowly emerge from the sand in slow motion on one side of the dune and from the other side, so would the snake.  They would meet, touch, find each other, wrap each other and begin the dance.  The sand would seep through the floor and what would be left would be the platform upon which the dance would take place.  I had been rehearsing the dance the entire time the movie was shot and it never got filmed.

T:  Oh, wow, I can see how never getting to film that after months of preparation would be a bummer. When you were filming Blade Runner, did you feel it would become such a cult classic?

J:  I knew the moment I walked on the set that the movie would be a hit.  Everything about it was so strange and different from anything I had ever seen on film.  I came to meet Harrison Ford and they happened to be shooting in his apartment.  It was getting dark and the wet street lent an air of mystery to these unusual architectural structures.  I also met Rutger Hauer at the same time and he was in costume, which wasn’t much, and with his white hair he was quite a vision.

T:  How long have you been thinking about doing this idea for the snake video?

J:  I never obsessed over the missing snake dance.  What I did obsess over was the stunt double going through the glass with a bad wig.  So, I convinced the company to redo the running sequence, since I still had the costume and could fit in it.  So, 25 years later we reshot the going through the glass scene and it worked beautifully. It is seamless thanks to the wonderful crew who put it together.  I never really thought about the dance until a year ago and I was dancing to some music by Sting and I started to fantasize about the dance, and then I remembered this music that I loved by R. Kelly.  I bought the CD and started to play it in my car and out of my imagination came the concept.

T:  Why was this video so important for you to put out there?

J:  It’s hard to say why it was important to do this video.  I think part of my idea was to say to the public and my fans if you can see something, you can do it and I believe we should never give up our dream no matter what age you are.

T:  What is your dance background and how did R. Kelly’s song factor into this?

J:  I have danced all my life.  Was voted best dancer in high school.  I love to move.  It makes me feel so alive.  I will never not dance.  For several years in my fifties I took jazz ballet five days a week.  I don’t study dance now, but I’m the first one to get up at a party and start throwing myself around.  Oh I was also nicknamed “rubber legs” when I was younger.  I was in the Turks and Caicos Islands 13 years ago shooting a movie, and I heard this song of R Kelly’s and kept asking the driver to play it over and over again.  He made me a copy and I gave it to the makeup woman to hold for me.  The movie was over and we went our separate ways and she had the disk with her.  I tried to get in touch, did, and she couldn’t find it.  Well I didn’t think about it for years until I heard my son playing it.  He put it on my iPod and I played it over and over.  Of course the song is all about touching a dream and I thought it could not be more perfect.

T:  Growing up, what actresses inspired you and why?

J:  Growing up I was inspired by Rita Hayworth, Ginger Rogers, Myrna Loy, others who could sing and dance.  I always felt that if you could move you could do anything and the more you moved the less uptight you’d be and be able to act with an amazing ease.  I also loved Rosalind Russell.  But you know in those days beauty was revered and the good feelings it could bring out in the audience.  Those actresses of that time were taken great care of and were kept mysterious and interesting.

T:  What is the best advice you have ever been given as an actor?

J:  The best advice I was ever given was don’t blink, it’s very effective and you don’t have to be crazy to act crazy on film.

T:  One of the most difficult aspects of being an actor is the sheer amount of criticism, how do you handle criticism?

J:  I can remember sitting in an audience in London watching The Fourth Protocol and the director John Mac Kenzie had assured me my breast wouldn’t show in the tub where he was shooting me after Pierce Brosden killed me and put me there..  In the theater I was sitting behind Madam Thatcher, her husband, and Princess Fergie and Prince Edward.  Well of course my breast showed up and it was about six by six feet.  Every time I went into the restroom I could hear women talking about how Joanna Cassidy just had to have her tits in the picture.  It’s hard not to be effected by criticism, but if you understand the reasoning behind it often times it is just sheer jealousy.  Other times someone might give you a bad review and it blows your mind because you believe it.  I’ve been fairly unhurt so far but I know when I started doing more TV than films I really heard it from the press then.  I feel though I’ve been blessed to have the career that I have.  There’s always my own criticism that I didn’t put myself out there enough and belief me I’m my worst critic.

T:  What are you currently working on or what will you be doing next?

J:  I am currently working on two TV series.  One is Body of Proof and the other is the Canadian HBO series..Call Me Fitz.  I will finish up BOP in January, then I will be working on the life of Joanna Cassidy.  I have a few books in mind and I will be organizing that to happen.

T:  After so many years in the business, What or who inspires you now? And why?

J:  I look forward to any actor who continues to work and inspire us and give us a solid performance like for example Michael Caine.  I think Ryan Gosling is a very capable actor and sexy.  I think sexy is hard to do without turning off a lot of people because sometimes it can be done in poor taste.  But I love the work of actors who have that kind of magnetic energy and are able to do it seamlessly without pushing it on you.

J:  I love acting best when I have words I can say that will strike home in the audience.  To me, one of the best jobs I’ve had was in Six Feet Under when I was able to be a woman with no boundaries, but also someone you liked, because as horrible a Mother that she was, there was always that love connection, also she was fun and that’s the reason I think I got to Los Angeles was to make people laugh. 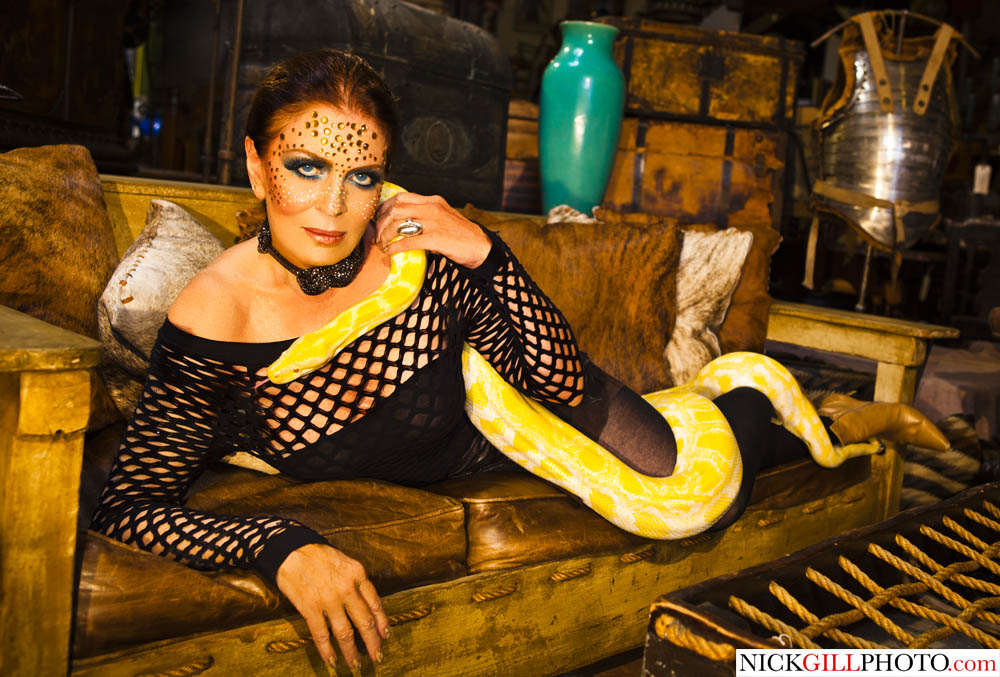 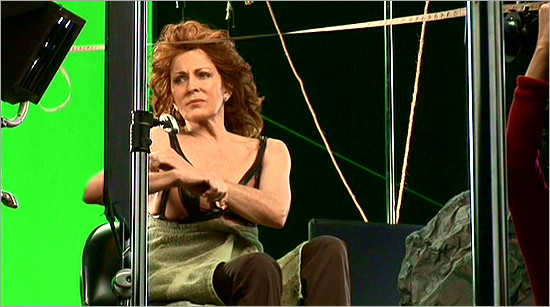 “You have to work, you have to have your craft.
Every job you do, you gain more experience. You never stop learning..”
-Joanna Cassidy-